Here at the Kabab House, a middle eastern restaurant near Disney World, we specialize in more than just kabobs. In fact, we offer a range of authentic choices with inspiration from Morocco, the Mediterranean, and the Middle East. Of particular note are our kabobs, gyros, and shawarma, in part because we prepare their ingredients fresh daily. Despite the fact that all our menu choices are reasonably priced we are still able to offer all of our meals using fresh ingredients.

At the Kabob House of Orlando, you can order online with a flat-delivery rate of just $4.99 (which is less expensive than most pizza chain rates, we’d like to point out). We often have specials and select discounts, so be sure to ask us about them when you call us!

You can also make a reservation to dine-in with us. Of particular note for folks searching online for “kid-friendly restaurants near me” or perhaps “family-friendly restaurants in Orlando,” is that kids eat half-off with parents! That’s right, come see us any day of the week from 11 am to 1 am (every day) at 3293 Oxford Dr, Kissimmee, FL 34746, and you can get a delicious, healthy, and affordable meal from the Kabob House. That “affordability” component is only magnified by those kiddos, with their insatiable, rediculous appetites, being able to eat for 50 percent off!

However, we must digress about the virtues of our own kebab shop (some people spell it “kabob” while others “kebab” – we don’t discriminate, so we’ll use both). We have a promised blog topic to get to, so let’s get at it! Keep reading if you are interested in some fun and *ideally* interesting facts about middle eastern food!

Disclaimer: we will be discussing foods that won’t be found on our menu in addition to some that are. For example, Turkish delight, will not strictly being a “Middle Eastern” food is still fair game despite the fact that we do not offer Turkish delight. Our blog, our rules!

We are open late, we offer great Halal food choices, we aren’t expensive, kids eat half-off, we deliver…must we go on? What are you waiting for? You can order online and get your local Mediterranean food delivered, in case you are feeling like a couch-eggplant, as they say in Iran. Quite honestly, we aren’t exactly sure how you’ve made it to the end of this post without coming to see us and ordering our delicious Middle Eastern food.

But like we said, we aren’t here to discriminate – only offer delicious, savory kebabs, gyros, shawarmas, hummus plates, falafel, and more. Come see us soon, and don’t forget that we cater, too! 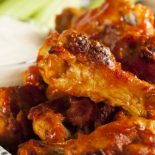